The limiting mental constructs that people cling to so dearly, which cause so much pain and sadness, are largely a result of what happened to them as a child. 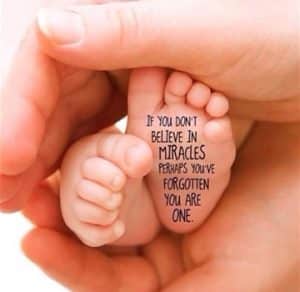 The limiting mental constructs that people cling to so dearly, which cause so much pain and sadness, are largely a result of what happened to them as a child. Most everything that people have been conditioned to stems from the initial response of childhood. This largely comes from those who are supposed to take care of them and honor them as living beings meant to feel safe, expressive, and able to discover themselves. The error occurs when most parents and guardians of children have already formulated in their minds the purpose of the child, thus creating a structure in which that child must maneuver and navigate, even if completely against the child and all of their truth. When a person is denied their truth, their ability to express themselves becomes limited, creating a poison within their system. That poison over time becomes a parasite, and that parasite leads to sickness, disease, suffering, and many other calamities of the mind and body.

The responsibility of humanity is to understand the law of physics and the degree of how physics plays out in human evolution. Just because one opposing force is presenting itself to you in childhood doesn’t mean there will be an exact corresponding force presented later in life. Each force of every situation or circumstance that presents itself will come from a different access point and experience. Regardless of how the experience plays out, the lesson will always be made clear. The thing with humanity is that most people do not see these lessons and situations as opportunities to transform. Instead, they focus on the effect of the situation — the hurt, conflict, suffering, etc. — and seek superficial ways to remedy the discomfort.

Every person who has had the authority of parents or another position of power over them is only conditioned and empowered by the resources given to them. Some of these resources are supposed to provide truth while others are supposed to block truth. These resources are best given and received with a grain of salt because each individual must accept and choose their own path according to their own heart. Learning to follow one’s heart and open to truth is, however, not a common practice in our modern world. Entire schools of thought and practice, such as those found in business and advertising, are dedicated to the manipulation of thoughts, words and imagery, designed to influence the minds of others.

Many adults are completely separated from the truth of who and what they are, following the patterns of their own conditioning. When these adults interact, they hold the expectation of truthfulness for the other but not for themselves. When this takes place relationships become devalued, calamity sets in and life becomes challenging and painful. The subsequent pain and the repetition of these experiences are proportional to the absence of truth and the level at which one strives to heal and learn. Uncorrected false truths then create a deficit within the constructs of the mind.

The mind cannot piece together broken chains with missing links, so it attempts to link these chains of thought using the emotional body. This approach is not based in information, but based on the level of pain and suffering endured. The mind sorts through every file of hurt and pain, compiling this as the one and only truth, resulting in fear.

Every adult is realizing that at least part of what they have been led to believe is false. These false beliefs have created a repetition of unpleasant events that are real and tangible, seen within their relationships, jobs, and the various challenges in their lives. This creates the discord in people, for they cannot and will not live their truth, instead seeking approval and love to justify and mitigate the pain and hurt they feel.
To transform these accumulated untruths, people must go into their pain, pulling it up, releasing it and healing. Through this, the adult removes themselves from the cycle of events and limiting beliefs, restructuring their psyche. The free and de-conditioned mind realizes that each individual is going through their own journey, and every journey brings forth new gifts into the world. Allowing this will foster generations who live in peace and harmony. These generations, as well as those who raise them, will begin to understand that they are limitless beings, and they will seek to achieve a greater understanding of themselves and the world in which they reside. This journey will pose a challenge, but the reward will be truly great.