Since I’ve lived in Los Angeles, I’ve experienced a lot of interesting things. Yet nothing has caught my attention more than the number of people who claim to be spiritual healers, psychics, and yes, gypsy palm readers–with neon lights offering a palm reading that leads to you find out you have a curse–that, of course, you must pay to heal. 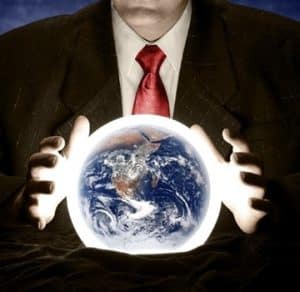 Since I’ve lived in Los Angeles, I’ve experienced a lot of interesting things. Yet nothing has caught my attention more than the number of people who claim to be spiritual healers, psychics, and yes, gypsy palm readers–with neon lights offering a palm reading that leads to you find out you have a curse–that, of course, you must pay to heal.

One day, I went to Nature Mart on Hillhurst. As I was coming out of the store, I was approached by a man with a head wrap who called himself a psychic and started telling me about myself. The look on his face was kinda confused–perhaps because I had no reaction. Little did he know I am a Shaman, so these things come as no surprise to me. However, I let him continue. He read my palm and said, “I can tell you more but I need you to give me a donation first.” So I replied, “What about five bucks?” just to see what he would say. He said, “No, it has to be $500.”

I was in shock. Does this guy think I just walk around with that much money, ready to give to anyone who fills my holes of desperation by knowing my so-called future? As a Shaman, I know that my future is unwritten, my destiny is dictated by my choices and whatever future he foresees can be changed if I make different choices. I guess he took me for a fool. I told him that I didn’t have that money on hand so he told me to go to the bank across the street. Here’s the funny part: my partner was coming out the market just then and a different guy approached him with the same request!

I blessed the man, but told him I was a Shaman and that I was on to him. The other guy who was talking to my partner gave him a stone and told him that he had to keep it under his pillow and toss it to the sea or he would be cursed. I laughed and wished them both well. This is just one of the many phony, so-called service providers of Source that I run into. I even meet people claiming they are a Shaman when they find out that I’m one. When I ask them when they knew to sacrifice to their path, they answer with stories like “When I took Ayawaska” or “When I experienced peyote at the sweat lodge.” Someone even said, “After my weekend drum course.” Once I met a guy who told me he was a Shaman at a Hollywood party in honor of a local artist–a few minutes later, I saw this same guy snorting blow.

First and foremost, a Shaman is clear in his body of alcohol, drugs and smoke. He only takes things for ceremonial purpose and for ancestor respect. Second, the life of a Shaman is one of sacrifice and humility. It doesn’t become clear because you take plant medicine. The Shaman’s path is a lifelong journey of dedication to service and principal.

I’m always cracking down on charlatans and trying to help them with truthfulness and harmony. I wonder why so many people think it’s okay to serve themselves instead of serving Source .Telling people they have curses and misleading them into putting drugs into their temple is not spiritual. I’ve even heard of a Shaman woman giving a client Ecstasy and Ketamine to reach “higher states to connect to her inner child.” Why are all these people drawn to this city, giving the ones who are here doing true service a bad rap? It’s time for people to really stop buying into hocus pocus and seek out those who want you to truly be powerful. No more fakes, please–just real, down to earth, connecting to your core and Source. Find your path–and stay away from Snake Oil.