When we were children, our parents waited with anticipation for us to murmur those words that would make them feel validated for their wonderful creation. 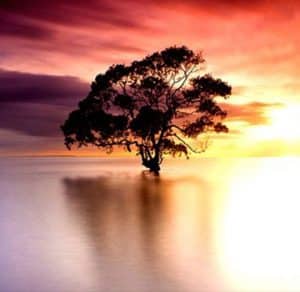 When we were children, our parents waited with anticipation for us to murmur those words that would make them feel validated for their wonderful creation. Once we mastered “Mom” and “Dad,” we moved on to discover other words and their meanings. Unfortunately, the way we learn to communicate in this world can sometimes affect the way we understand it and cause misperceptions.

Some of us define ourselves by what others say to us, what they say about us and what we say to and about them. We build this false relationship with the outside world and yet we are so distant from ourselves. In reality, the only way we can truly know the world in which we live is to get to know ourselves.

We are always looking for answers to the great universal questions, “What is God?” or “Who is God?” Some look for the answer in books or at church, while others simply don’t believe in God or Source whatsoever. The knowledge I’ve been given since I was a child is that in order to know and understand creation, I must look at that which was created. To truly know God is to know oneself. Shamans of the old world knew Source very well—they would look within the rivers, the majestic mountains and the power of the ocean, as well as at the simple beauty and design of a singular flower or plant. All these things in nature told them so much about their creator.

We receive constant stimulation from the outside world and are often instilled with the idea that we need to find out who we are through the perspectives and standards of others. This ideology keeps us so far from the truth of who we are that we become lost or in limbo. We might as well float into space or get tossed around like a ping-pong ball from one state to the next and never know why.

When I was a child, I didn’t speak for a very long time. It went on for so long that my parents believed I was mute and would try to force me to speak to them. What they didn’t realize was that I was speaking—just not to them. I was speaking to myself and to Source. However, their egos interpreted my act of silence as an attack upon them. When I finally decided to speak, they didn’t like what I had to say and told me to speak only when spoken to. That’s when I realized that my primary relationship was going to be with my soul. It’s also when I discovered that there is much to be learned about people and life by simply being silent and observing without judgment.

Instead of trying to figure everything in life out by listening to what others, the media and the world have to say, I focus on learning about what’s going on from the inside. This gives me the ability to know myself more every day, and by doing so, I learn more about that which created me, which is Source. Not from a book, not from a chant, but from knowing and discovering myself. When we are focused too much on the outside world, we become conditioned by all the external output. Others try to tell us who and what we are, when in actuality, they have their own perceptions, agendas, opinions and egos clouding their “knowledge.”

Nobody else can tell us who and what we are or who we should be. The first step towards getting to know yourself is to be present and listen to what is going on inside. The only way to do that is by being silent or what I call “being still.” I’m not suggesting the need to limit yourself to sitting in one place—I understand that can be very boring. Yet just take some time to be aware of what is happening on the inside as often as you can. Don’t speak, talk or react—simply observe and breathe. Meditate if you can. Remember, silence is golden. So be golden.