THE 2012 APOCALYPSE IS NOT IN SIGHT, AN AWAKENING IS

Do you remember the Y2K scare that took place as we changed millennium to 2000? Well I do. I also remember how many stories people were telling about what would happen. 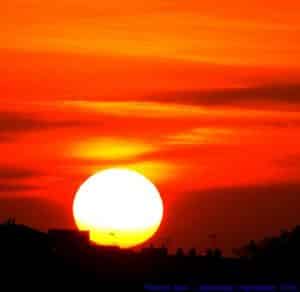 Do you remember the Y2K scare that took place as we changed millennium to 2000? Well I do. I also remember how many stories people were telling about what would happen. Some of these stories were so elaborate that they foretold the end of the world because technology and computers would crash and the whole system would crumble. At the time, it sounded like an interesting story to tell your friends over dinner. However, in reality, it was just a story hyped up by the fear and desire of people really wanting there to be an incident such as that. Today, people are passing the milestone ending of the Mayan calendar on 12/21/12, a 2012 apocalypse of sorts, with even more theories than there were for Y2K and are traveling en mass to various places all over the globe to celebrate the beginning/end of our existence as we know it.

I completely understand why people feel the need to create the whole doomsday theory of our life. Let’s face it, a lot of people are looking for a way to escape reality or even create their own where they get to be a hero, a survivor, or victim in a story gone bad. The 2012 apocalypse all sounds too “Hollywood” for me and maybe that’s just it. We’ve seen so many movies about the end of the world and the tragic events that follow. I mean, there are TV shows today that keep putting that subliminal message into our head. Why wouldn’t people think it’s the worst-case scenario for humankind? It truly is a global travesty that has made its way around the world and literally poisoned the minds of many people into believing that the end is near.

Hasn’t science taught us anything about how the linear perspective of life does not exist? The whole experience of life is a cycle. It revolves in a circular motion just like the planets in our universe. We are on a spiral continuum that has no beginning and no end. Therefore, in theory, there is no real end in sight.

It just keeps going on and on, spiraling upward. As it does, it begins to create a mass of energy and rapidly increases the velocity and vibration. Any person or life form that does not raise its energy to match the frequency that this momentum is circulating at will be transported to a comfortable stage in evolution where they can maintain the level of consciousness that supports their belief system. However, they will not be able to sustain life on earth. I tell many people that this is the point where either you stay on and commit to the process or where you get off.

If you cannot maintain at the level that we are moving then you will create all types of problems, complications, and ways for you to dismiss yourself or elect out of the ascension process. So where are we now? What I can tell you is that we are about to take a quantum leap up the spiral in such a velocity and expansion that you will have to let go of anything you are holding onto that is not vibrating or fluctuating at the level that the energy matrix is sustaining. You will have to release and transform it. Meaning all of the things that you have not dealt with up until now are going to get thrown in your face, come bubbling up to the surface, and be reflected to you faster than the speed of light.

12-21-2012 is the first fluctuation of this upward shift in consciousness. Both the Hopis and Mayans recognize that we are approaching the end of a world, not the end of the world but more of a transition, a step forward from the way that we have conditioned ourselves in the lower density of lack and limitation, the confines of which includes the inability to see past the construction of our created illusion that we all created together. So yes, this is a grand moment for many people who have put forth the energy and effort and discipline to working through all of the things that have kept them from transforming.

This is not the end people. This is a message to step up your game, and I’m in this with all of you. To give you some background information on what I’m talking about, 10 years ago I died in the hospital, 13 times, finally to be resuscitated and then induced in a coma for months. Two years prior to this happening, I was in deep meditation in Israel at the Wailing Wall. I asked spirit if I needed to clear anything so that, as a shaman, I could be at the highest level of service. I was told from spirit that I have a lot of karma from past lives, and in order for me to be able to move forward with evolution, I would have to ask for acceleration so that I would be cleared energetically and be able to move through the energies of the new era on earth. While with that being said, I signed up two years later: got brain damage, kidney failure, and was on dialysis for 10 years. Now it’s the year 2012, and on October 2, 2012, I was given a kidney from my lovely sister as was foretold by the spirits would happen before the first stage shift happening on 12-21-2012.

I know many of you are thinking; do I have to go through this in order to be ready for the shift? The answer is completely up to your soul on how and what level you would need to experience things in order to clear yourself for the new energy you will be downloading starting very soon. Sure, my story is quite literal and fantastic, I am a shaman. This is my path but what will yours be? What is your transformation going to entail? I would see this as a blessing and as an opportunity for growth not just for you but for the planet.

We have to be diligent and resourceful and open and disciplined and carefree and aware so that we can be the leaders, the teachers, the dreamers, the builders that inspire and command excellence and truth and equality and love into our world. So what does all this mean? It means that you need to step it up. It means that you have to stop making excuses. Stop sitting by watching the world and all of its problems while you do nothing but talk about yourself, your money, where you’re traveling, who you know, who you’re dating, why you are dating, and anything and everything that distracts you from seeing what is truly important for our planet. For our salvation and for our chance to represent Earth as a Galactic planetary alliance of people who love and care about their planet and each other, there needs to be transformation.

This is more than a party or celebration or heading to some sacred place in the world, for none of these things matter. This shift is happening, not externally, but, rather, internally. I know that every single person is ready to live authentically. Live in truth of the love and devotion that source has for us all. Utilizing all of our resources without hoarding them from our fellow sisters and brothers will be the change that we seek.

The message that spirit sends your way is for you to love more than you ever have loved and appreciate and be grateful for everything you have been given from the divine. Honor it, cherish it, and you will enter into the evolutionary process of Ascension with ease and grace. So, no more time-wasting! It’s time to get things going. It’s time to step it up, make it happen, support each other and live in equality, for our future is written for success if we so claim it. Do it now! I love you all more than any human can and wish you a very happy 12-21-2012.