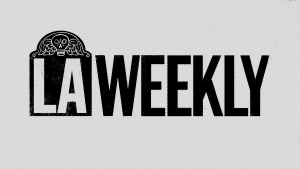 L.A., long known for its high-vibing spiritual history (think Krishnamurti, Crowley, Blavatsky and Yogananda), has always been, and continues to be, a mecca for practitioners of mystical healing and metaphysical practices. And recently there’s been a fresh influx of shamans who’ve made their way West to mediate between the realms of the spirit and the physical, all in the name of healing humanity.

If, when you think shaman, you picture a pierced and painted Native medicine man, shaking rattles, chanting mumbo-jumbo and vomiting transmuted entities, Verrett will change all that. He dresses to the nines, vibing massive, fierce and powerful while bringing an endless array of shamanic tools and traditions to his elegantly lit Echo Park table.

Born into the lineages of Haitian voodoo and indigenous Norwegian medicine, Verrett sifts from a seemingly infinite supply of universal healing energy, calling upon Kaballah, Maori, Huna, Mahayana Buddhism and Native traditions, as well as ascended masters, Archangels, Egyptian and Indian gods and goddesses, devas, fairies, elementals, Akashic Records, sacred geometry, even those handy Pleiadans (an ascended race of interdimensional helpers). He’s traveled the world, studying with masters in Egypt, Israel, Turkey and Brazil, delving into realms of light and lore, unearthing well-watched secrets of the cosmos from sacred sites, ley lines and etheric other-realms. He says he was guided to Los Angeles to help heal the fractured feminine, and to uplift the dragging asses of the distracted masses from their slumber.

A compendium of overlapping paradoxes, Shaman Durek never ceases to surprise. In one moment he’s beating the crap out of my thighs, channeling an Inuit elder with a karmic bone to pick, while in the next he’s swapping spit with his well-accessorized Chihuahua, and gushing loving and little boy–like over the pink flowers blossoming in his garden. He’s as sweet as he is fierce, as nurturing as he is tough; he’s both elegant and playful, regal and silly, and he has the most beautiful skin in the world. He’s lived a thousand lifetimes in his scant 34 years, and died a few as well. Such is the path of the shaman, initiations and all.