Shaman Durek: I told Princess Märtha Louise to reach out to Harry and Meghan

‘I told my girlfriend to reach out to them, so we can all have a family pow-wow because they’re cousins’

Read the article below or check out the full story here 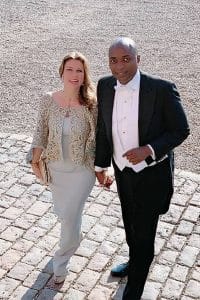 If you’re lucky enough to get an appointment with Shaman Durek, chances are you know quite a lot about him before you even meet. Many know the fresh-faced sixth generation Shaman best for being Gwyneth Paltrow’s guru. Others will know him as the boyfriend of Norwegian Princess Märtha Louise. Indeed, since becoming one half of Norway’s latest royal couple, the Shaman has had to channel his teachings into dealing with the stress of the media, something he acknowledges that the Duke and Duchess of Sussex have also got experience in.

He claims that he told Märtha Louise to reach out to the couple in the wake of their Africa Royal Tour documentary, saying: ‘I told my girlfriend to reach out to them, so we can all have a family pow-wow because they’re cousins,’ he explains. ‘The fascinating thing is that I had maybe seven meltdowns, and then I learned very quickly, thanks to my girlfriend and her family, that this is a crash course and you need to learn how to deal with this.’

It’s clear then on meeting him that you can forget what you thought you knew about shamans. The Los Angeles-based healer is a spirit shaman rather than a plant shaman – so not the type to use trippy ayahuasca. There will be no disappearing into the woods for a few days, high as a kite on hallucinogens. Instead, Shaman Durek acts as a mediator between the physical world where we are, and the spiritual world. He is currently running sessions form Urban Retreat’s Pont Street townhouse, with the social set flocking to be seen by him. 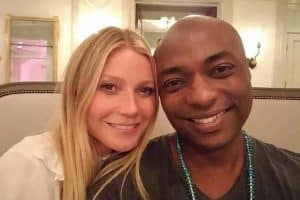 So, what does the hour-long session involve? One yo-yos between feeling all-powerful to feeling like a puppet being operated by someone else. You may lose control of your limbs – or even weep – with your body attuned to Durek’s beat. His power comes through his ability to communicate with and take council from his spirit guides and elders. And in contact he is – asking not just for advice but asking how they are, and almost casually chatting at moments. Durek is a gifted healer, and has transformed countless people’s lives. But unlike a doctor, you won’t go with a list of ailments that need fixing.

After my hour-long session I didn’t wake up from a trance. Nor come crashing down to earth again. I felt the same, but without the shaky hands and legs I’d become almost accustomed to during my hour on the bed. I wasn’t ill, or exhausted, or in a daze, or all the other things I was warned about. I felt fine and in control and that was a little disappointing. Zero epiphany. No big eureka moment. However, that’s exactly how it should be. Shaman Durek is not here for the quick fix. His sessions are a recalibration – to programme your body and mind to approach things, react to things and process things in a healthier way, long-term.

His book, Spirit Hacking: Shamanic Keys to Reclaim Your Personal Power, Transform Yourself, and Light Up the World is available now on Amazon here, published by Yellow Kite. £14.99