It’s the middle of the day and I’m sitting in a hotel suite in Piccadilly holding hands with a total stranger. The palm of my hand is tingling, and when he tells me to breathe deeply, the feeling intensifies and tadpoles of warmth run up my arm. Next he tells me to laugh. The corner of my mouth twitches as I try to resist. ‘Laugh,’ he says; this time louder and more forcefully. I can’t help it — I burst into uncontrollable giggles. 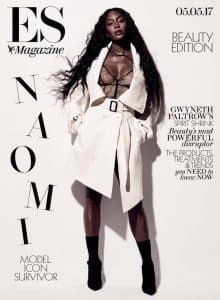 If all this sounds a little strange, that’s because it is. In fact it’s one of the strangest experiences of my life. I am with Shaman Durek, a third-generation medicine man from Ghana and Gwyneth Paltrow’s LA spirit shrink (she calls him ‘My light in shining armour’). Durek is just one of a number of high-profile shamans operating in the capital. From smoke smudging ceremonies in Earls Court to shamanic drum sessions with Secret Yoga Club in Old Street, London is falling for witch-doctory.

In 2017, ‘shaman’ is a term that has come to cover all manner of spiritual healing techniques from breath work, hypnosis and reiki to energy cleansing and purging.

The capital’s shamans are city-dwelling healers trained in shamanic methods who, instead of practising on the fringes of society, are hell-bent on balancing the energy levels of the city’s adrenally fatigued and negged-out inhabitants.

‘Londoners are becoming increasingly interested in all things shamanic and I think it’s the result of a lot of people feeling stressed and disconnected from spirit and from nature,’ explains Lucyne Jade, the 36-year-old founder of Heart Fire Hub, which offers a range of one-on-one therapies inspired by shamanistic ritual including sound healing and breath work in Belsize Park. Jade has spent time in Brazil learning her techniques from local shamans. ‘I think ultimately we are looking for a deeper connection with life and the universe and for a deeper sense of peace within ourselves.’

In the most literal sense of the word a shaman is someone who has been born within a tribe and trained by that tribe as a medicine man or woman. Their purpose, depending on the culture, is to heal the four bodies: the spiritual, the emotional, the physical and the mental. Shamanism can be found in all corners of the earth, from South America to Mongolia, Congo and Scandinavia. According to Durek, spirit shamanism, in which shamans can receive messages from spirits and energy forces, dates back to the age of the supercontinent Pangaea. There are even tribes in Colombia in which shamans can only be born to parents who are also both shamans. When they are born, they are placed in a dark cave for 18 years so as to fine tune their powers of intuition.

London’s shamans tend to have somewhat less obscure upbringings, learning their craft second-hand from traditional shamans. After Durek I meet Roland Torikian who, despite his mystical-sounding name, is a normal-looking man in his 40s with a peaceful energy to him — if such a thing exists. A Mayan shamanic healer practising at Triyoga Chelsea, he also hosts sweat-lodge retreats for his London clients near his home in Kent — an ancient indigenous American shamanic experience a bit like a dry sauna, in which you cleanse yourself with heat and herbal smoke. To my surprise, the first thing he does when I arrive is hand me a hen’s egg.

‘The egg is like a microcosm,’ he explains, ‘and by holding it, you pass your energy into it.’ Torikian cracks the egg into a glass of water and from the way it splays out over the base of the glass tells me about my vital energies. Once diagnosed, Torikian does some stress-reducing reiki and an intense abdominal massage on me, after which, I have to admit, I leave feeling two inches taller and two kilos lighter. Oh, and he burps discreetly throughout the treatment: an age-old method of expelling the bad energy that flows from you through him.

But eggs aren’t the only shamanic tool you’ll encounter when visiting an urban healer. Home cleanser Nick Johnstone, a Shepherd’s Bush resident and favourite of the Notting Hill fashion set (he was mentored by Georgia Metcalfe, the wife of Condé Nast’s president, Nicholas Coleridge), uses smoke from burning sage, palo santo wood and kapok (‘incense from the bark of a tree the Mayans were obsessed with,’ Johnstone tells me) to disperse negative energy from his clients’ homes. Battersea-based clairvoyant and healer Emma Lucy Knowles uses a shamanic technique called holding space, which involves creating a safe, energetic bubble for clients to feel comfortable in as well as reiki and mind reading through energy. She makes an iPhone recording of the whole session, which is emailed to you afterwards.

But is any of this the real deal? A viral video recently trending on Facebook featured a documentary put together by ex stage magician James Randi, who began a competition in the 1960s offering $1,000 to anyone who could prove they had paranormal or psychic abilities. Over 40 years he continuously disproved applicants’ claims and the prize money, which was eventually raised to $1m, was never claimed.

And not everyone is comfortable with the idea of shamanism. ‘Some shamans use mystical words that you can’t understand and that might not feel right for you,’ explains Earls Court-based Marika Messager, a French success and happiness coach and ex financier who helps CEOs find meaning and direction in their lives in a language they can relate to. ‘I have always been drawn to those [shamanic] techniques and although I respected them I was torn as to how I could bring them into my work with my clients.’ Messager fuses her consulting sessions with energy work, hypnosis and meditation. She does not claim to be a healer, more a bridge between the shamanic world and the mostly male City types with whom she works. ‘I saw that my clients were very receptive when I did do the therapy on them, but because of the way that I was able to talk about it and the way that I was able to explain how these techniques work, I have built a trust with them that gives them the confidence to go there.’

If you want to start your own shamanic journey — I’m calling my research a journey, which started from receiving four emails from shamans as soon as I pitched this feature and ended with me meeting my shamanic spirit animal (a tortoise, FYI, and yes my colleagues think I’ve lost my marbles) — be prepared to come across some out-there belief systems. You’ll cry. You’ll have strange dreams. You may feel nothing at all.

‘We are all shamans in our own way,’ concludes Messager, ‘because it’s all within us and we are all born with this ability to connect with ourselves and be our own masters. But we just forget it because we live in the Western world, which is all about domestication of your soul, materialism and all of that. It depends on how much you’re willing to open that box, because it takes courage.’ For Londoners, it seems the journey has already begun.