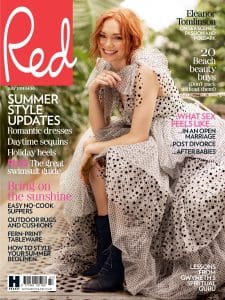 I’m in the attic hiding from my children, FaceTiming my shaman in LA. Okay, that’s a stretch – I’ve borrowed him from Gwyneth Paltrow for a couple of hours, and from Jasmine Hemsley, Selma Blair and the starry roll call of Hollywood high-fliers, tech gurus, CEOs and Wall Street bankers that have him on speed dial. Durek Verrett (you can call him Shaman Durek) is a busy man. If he isn’t drinking smoothies in Gwyneth’s kitchen or performing spiritual MOTs, he’s giving workshops, recording podcasts, running social media channels and carrying out online healing sessions in the name of bringing emotional wellness to the world. Which brings us back to the attic, where (bear with me) I’ve just yawned out a ball of poison, had my ancestors pluck an ache from a stiff shoulder and been shocked with psychic electricity. I’ve been let off lightly – some clients cough and vomit their way through their $400-$1,000- a-pop sessions as they release whichever feelings are hiding in their subconscious and stymying their spiritual evolution. ‘Sometimes it gets more intense,’ says Durek, 43 – a Californian native and third-generation shaman (one who acts as a bridge to the spirit world) who began his training aged 12, having been earmarked as his grandmother’s successor before he was even born. ‘I go through people’s systems and clean things out. But with you it’s more about shifting your conscious streams, taking your energy away from what’s not serving you, and helping you realise your full potential.’ Full disclosure: I’m a believer. From chakras to mantras, if it adds myth and magic to my day, I’m in. So when Shaman Durek pulls my ‘files’ from the ether to read my emotional and physical data, I’m half wondering what colour leather they’re bound in, and half glad I had a virtuesignalling black bean stew with avocado for lunch. ‘It says that you’re burnt out. You have nothing left to give, and until you quit jumping into everyone else’s water to pull them out, you’ll carry so much frustration I’m surprised you’re not waking up in the night and screaming. Stop playing small and step into ease and grace. The time of burden is over.’ While it doesn’t take a mind-reader to divine that a working mother of two small children might be feeling wrung out, there were nuances to Shaman Durek’s diagnosis that only those close to me would know – and his knack of voicing my thoughts was uncanny (I’ve scoured the transcript of our conversation for hints I might have unwittingly given and found none). And it was visceral: after an hour of dislodging breath from my lungs that felt as if it had been there for years while we drilled down into my beliefs about my place in the world, I felt so joyful I thought my face might break from grinning. Stepping into an imaginary stone circle to speak to dead relatives felt awkward (okay, I faked it) and ‘wording myself up’, in which I had to praise my beauty and intelligence out loud, was also a struggle – born believer I may be but I’m also painfully British. But, ultimately, I logged on feeling despondent and logged off thrilled to be alive. But it isn’t all about me. Shaman Durek is on a mission to save the world – one woman at a time. ‘My focus as a shaman is returning our culture to its emotional intelligence,’ he explains. ‘We’ve been thinking with our masculine minds for too long – figuring things out without connecting to our feelings. We’re destroying our own resources, creating technologies that don’t serve us and algorithms that manipulate us into buying things, and segregating ourselves by class, race and sexuality. If we want to fix the planet, nothing’s going to change until women are back in a position of power.’ Durek holds the shamanic belief that women are the divine givers – but with that comes a tendency to give until there’s nothing left (gender politics aside, if you’re a mother, partner, friend, woman in the workplace or indeed just a woman in the world, his observations will resonate). ‘You can’t empty your well or you’ll be no good to anyone,’ he continues – and so his work with female clients revolves around empowerment, selflove and encouraging them to carve time out for themselves and devote more energy to their own happiness. He believes this domestic activism will create a trickle-down effect, teaching future generations to honour their female energies, guaranteeing the survival of the human race in a domino-effect chain of, well… niceness. One month on, I’m conflicted. Were there really ancestors in my attic? Am I just a bubble bath away from saving the world? But as Shaman Durek says, sometimes you have to call your own bluff and choose to believe. So yes, turn on the taps, we’ve got a job to do. Right, Gwyneth? Get Shaman Durek’s podcast, Ancient Wisdom Today.

Visit shamandurek.com for more information and his social media channels