Evolution of the Self and Community

Traditional shamans are taught about the dynamics of tribal culture as a key fractal of a healthy life filled with the energies required to fully actualize and be supported in doing so.

In traditional tribal culture culture, there is no ‘lack’ as everyone is onboard with sharing their resources per their specialisations. There’s no tracking transaction, but rather identifying, “what does this person need – I will provide this… because I know the tribe will be there for me when I have need”. It’s not about owing, or keeping a backlog; it’s a cultural code. You are safe. All are safe. If one in the tribe is down, all are considered down.

This is how tribal culture works. If you see a need in me, and you are part of a tribe, you will address it by initiative, and I will do the same.

Resentment does not exist in most tribal cultures because resentment is inspired by lack, jealousy or unfairness, and these triggers are hard to foster when there’s a true dynamic of tribe, and all having a key role and sense of honored purpose and value. 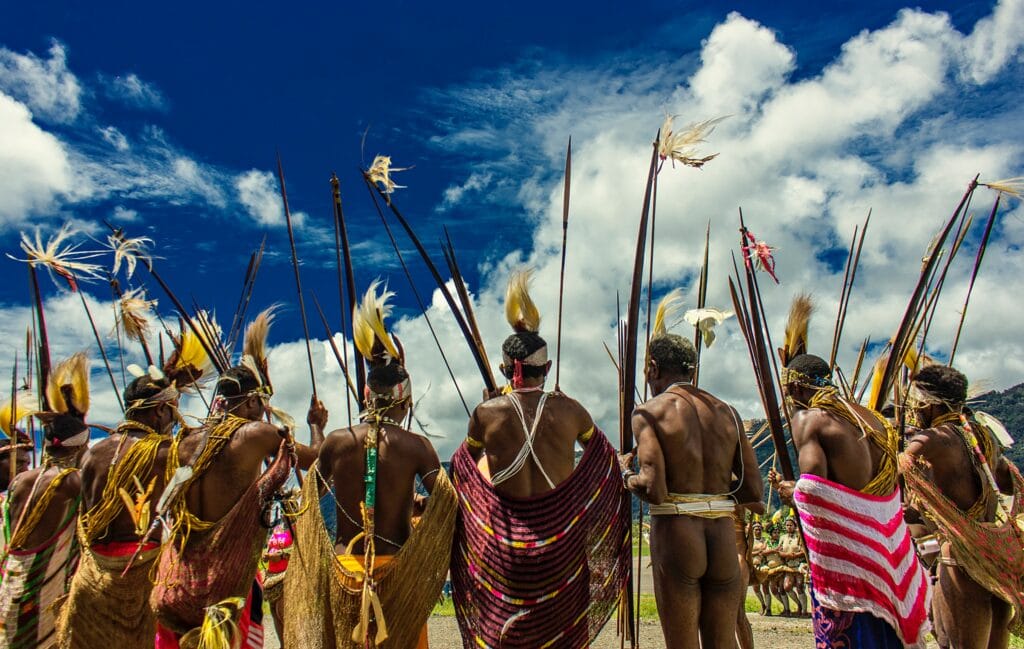 Societal Health Through The Wisdom of The Tribe

You see, in that value system, every action has an expected reward or value. And if that need is provided through a scarce source, the value of that need increases. What happens when the value of something increases? It’s price increases, and eventually, only the wealthy can afford it. What happens when someone needs a service or item only one person can fulfill, because they’ve constrained resources and skills artificially? You have a society that is vulnerable to lose balance, lose health and lay its tides of influence in a way that is out of sync with the needs of the society as a whole, and only synced to the needs of those controlling the resource. You have a society that will eventually die. Does this sound familiar to you?

In a classic, indigenous tribal system, people are either chosen for roles, or choose roles. Leaders are chosen by spirits or the tribe. Your fisherman, cook, hunters etc… are chosen most of the time by the individual. “I want to be a cook”. “I am inspired to lead hunters out in the field”. “I am a builder of shelters”. These roles are chosen by an individual – unless spirits tell us we have a person ordained for such a role – based on their inspiration, drive and abilities. The tribe accepts and the person fulfills their role, or changes their mind and tries something else, to which the tribe adapts. In the event someone is indecisive, the tribe will often take initiative to help the individual seek a deeper truth for their life. There will be a course correction and change will occur.

How else does this manifest typically? Let’s say someone is injured and they need surgery. A shaman, medicine master or surgeon in the tribe will attend to the injury. There will be no funds transacted. When the surgeon has no work, they might contribute elsewhere, or rest, or practice, or spend time with friends and family. Meanwhile, anyone who needs to be healed is healed. Anyone who needs rest, rests – unless tribal demand requires a period of consistent effort. In this case, more tribe members who are in downtime will be turned to for additional support.

The tribe gives and receives as the need arises. The tribe is unified. What is needed is given.

The tribe mentality is “if one person is starving then we all are starving.“

This is a simple concept to understand. So why is it so hard to manifest? For reasons more articulate than simply saying, “the system”, culturally, we have been conditioned to deal with internal conflict with judgement and resistance.

To be ready for a healthy tribal dynamic, we will need to evolve to be more adaptive, more connected, accepting, empathic and less judgemental of our brothers and sisters. To get there from present societal conditioning and codes, we need to break down walls, limitations and barriers in ourselves so we can become a liberated culture that knows how to hold space and support one another. If one person on the planet is enslaved, then we all are enslaved.

If we consistently operate from that mentality, then we will do everything we can to evolve, and rapidly so.

What was seen as natural tribal health culture was part of what a Shaman was in charge of. Shamans were both the psychologist and doctor, the mediator and motivator for people to see the potential of their being. Specialists might exist, like surgeon or general medicine man or woman, and Shaman would be the first line of defense.

This is why in the context of Tribal culture, the job of the shaman would be to hold space, to allow the person to see themselves and their limitation(s). The shaman would give them the space to feel that without allowing them to feel shame, or hate or judgement. One understanding of the role of shamanism is, “to give people a moment of being a child again.” This is a key learning, as it tells us when we are children, we are most free of conditioning, rules, codes and constrictions from external sources. We are in our purity, our play and our essence, which is principal in our truth.

Difference between doctor and shaman

A doctor finds out a symptom, then references it with categories linked to that symptom. The doctor will then look for an antidote, and if they can’t find an antidote, they look towards surgery; seeking a path to remove or destroy the symptom, and if revealed and necessary, it’s cause.

In shamanism, our goal is to integrate and remove the energy of resistance and conflict through building or repairing relationship. Shamanic healing is never about seeking to destroy.

Shamans are taught to operate in an all-inclusive awareness. What this means is that we learn to never turn away from any kind of spirit, entity, or to cut it out and destroy it… Our task must be to seek connection and comprehension with the relationship that caused what we see happening, to occur in its most formidable (or least formidable) representation.

Without this sight, knowing, feeling… a civilization can easily install what becomes rape culture, greed culture, distorted capatilism, and various other systems that become abuses of the soul, the tribe, the animals, the nature, the eco system and the Earth through design.

We start to believe we’re superior because we can dominate something; when the truth we are taught as shamans, is that every cell in our being is represented externally, and in destroying something outside of us, we’re creating a form of self harm, be it obvious or subtle.

The brain is a polarity organ, which means to comprehend or value something, it compares with our 5 motor senses, which are rooted in the duality / right and wrong.

Our heart is a quantum organ. When we see from the heart and we don’t see enemies or ‘outside of ourselves’. We see and feel all as connected and we are intuitively urged to then seek harmony between all those things.

It is accurate to say then that consciousness from the heart, lays at the true heart of a healthy tribe. The mind is not useless; it is simply mis-used and distorted in its importance in modern society. 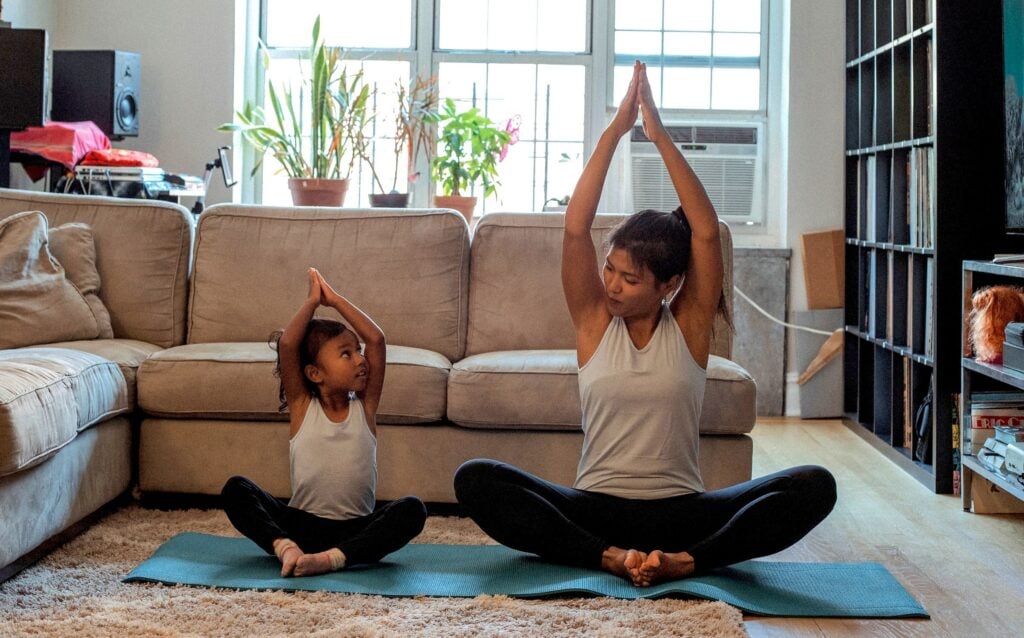 30 Days Strong is a program I developed for people to really step in and experiment with Shamanic knowledge and techniques that have been passed down through different cultures and experiences I’ve explored. Taking the 30 Days Strong program is to take a step toward loving yourself in a bigger, more expansive way.

I already know you love yourself; it’s time now to enhance yourself through witnessing and deepening your connection to your power and making sure that you always remember that you are a leader of legacy born for greatness.

30 Days Strong helps you put the power back in your hands, showing you how to optimize your life in the most beautiful way through reminding you to authentically recognize how amazing you are.

All of the 30 days can be viewed at any time, as you need, completely free. 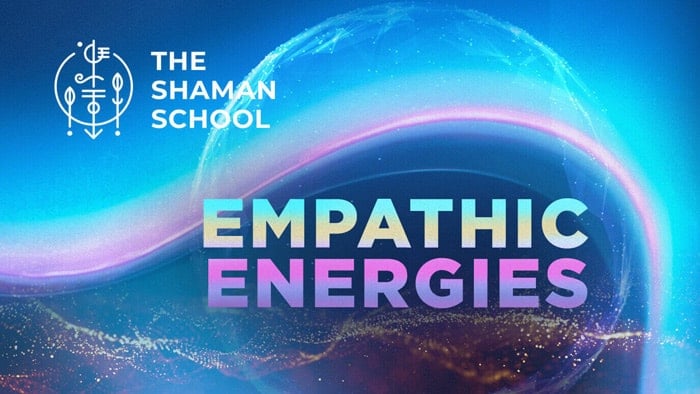 Are you an empath?

Learn to expand your empathic powers, including when to use them in a healthy way & when to keep up your boundaries so that you don’t become a worn-out people pleaser.